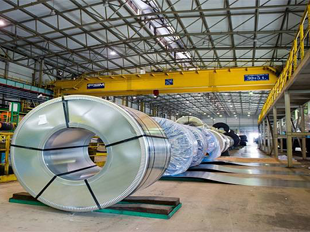 The bullish steps of Turkish producers in the HRC segment, observed over recent weeks on the back of costlier scrap and slabs, kicked off a domino effect on down- stream products. While the buyers are mostly cautious about the new numbers, the suppliers stay firm in their price    policy.

Turkey’s domestic February HRC offers moved closer to $500/t EXW for base depending on the supplier, while late last week the product was generally available within $460-470/t EXW. Although about $480/t EXW is said to be still negotiable, most mills are targeting the upper limit, Metal expert learnt. “The demand stays subdued and the producers are using the increasing scrap prices,” a source mentioned. Market players, however, believe the new HRC prices are too high and will hardly be fully accepted in the near    future.

Prices for the Turkish origin of CRC have jumped by around $35/t since the second half of November to $560-570/t EXW/FOB for February production. There is a possibility for the offers to add some more, especially taking into account the booming   HRC quotes.

Most producers array cautious about HDG segment development, with some even ceasing offering due to uncertainty about HRC price levels. Most indications are currently at $670-680/t EXW/FOB for Turkish 0.5 mm Z100 HDG, Metal expert learnt. Some producers are quoting higher levels, which are not considered work- able. “even up to $700/t EXW has been heard, those are incredible numbers,” a source said. “Buyers are not ready to pay these prices, no firm bids are received these days,” another source added. In November, the mentioned product was priced  at  $640-660/t EXW.