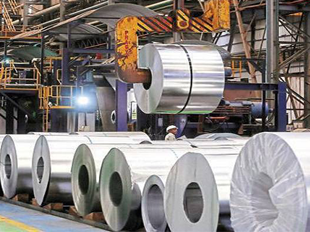 Indian HRC suppliers turned their focus to the domestic market, hiking the prices there in early December. It has accelerated bookings of domestic and imported coils on the back of concerns over a further increase. Trade on main export markets remains muted, as foreign buyers oppose higher prices.

The customers accelerated procurement of not only domestic coils, but also imported ones, expecting another price hike. At least 30,000 t of South Korean HRC (SAE 1006, 2 mm) was booked in India at $480-490/t CFR for January-February shipment this week. “Indian HRC producers have already sold significant quantities and now are considering to increase the prices by another $7-14/t,” another customer commented.

Purchasing activity on India’s major export markets remained silent. Indian HRC (2 mm and above) was available at $455-465/t FOB for January-February shipment versus $440-460/t FOB a week ago. The increase was attributed   mostly to the higher offers in Vietnam. official offers from mills rose by $5/t over week

Foreign customers are not ready to accept the higher levels and are looking for alternative sellers. Besides, domestic demand in India has improved only slightly for now. The price increase in the country is supported by restocking more than by actual consumption, local sources report, so the buying activity may slow down again once inventories are full.