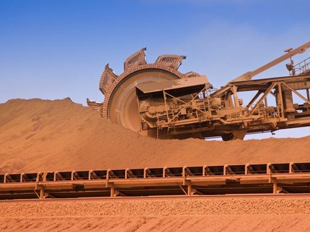 Australian iron ore fines 62% Fe were still at $88.5/t CFR as the tags in January contracts on the DCE showed almost no change during the last two days. Suppliers continued to hold their offers, though purchasing activity dropped significantly, compared to Wednesday and Thursday. The only deal reported on a platform was done for Australian Newman fines.

Lower demand raised worries that the raw material price could go down in the near future. “Iron ore is unlikely to sustain in December, though the decline should not be as sharp as previously expected because of high consumption resulting from 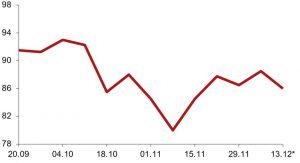 The world’s largest agencies, as before, predict that iron ore demand will drop in China next year. However, some of them say the prices will remain high due to supply issues. “Despite the weak demand, prices of iron ore may remain solid in 2020 as the supply is relatively tight on the global market,” said JP Morgan. The firm maintained its raw material price forecast at $81/t CFR on average for H1 2020.