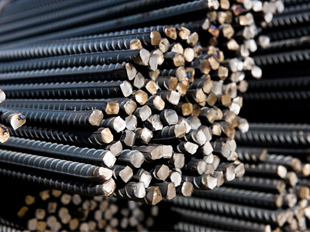 The increase of offer prices was attributed only to a steady rise in the local scrap market, whereas the demand for rebar in Italy is lower in December than at the end of the previous month, so suppliers had difficulties with pushing deal prices up.

“These increases are tied to a big push on scrap and semis markets [+ EUR 5-15/t for scrap in early December], so it takes clients longer to get the message because it’s  coming from up of the mountain and they’re  down in the valley,”  a local  producer.

Activity all over Europe is also slow in early December, so prices from the Italian mills to the EU remained unchanged at EUR 460-465/t delivered, prompt delivery.

Nevertheless, some producers are considering price rises for the EU customers as well. “Since there is no rush to sell before the end of the year, we will probably increase offers for January delivery,”  one producer   said.

Meantime, most Italian suppliers are still shunning rebar offers for January shipment to third countries as it is difficult for them to increase FOB prices proportion ally to the hikes that took place in the Italian and European markets in first half of November, and to remain competitive at the same time. One producer is even considering new offers only in January for February shipment.

Only one international trader reported a rebar offer from an Italian producer to North Africa at EUR 430/t FOB. The price was not confirmed by mills by the time the article was published, but they found the level acceptable for them. “I think all of us would be open to booking at this level to keep the right balance between markets and guarantee our continued presence on a traditional market like Algeria,” a producer told.