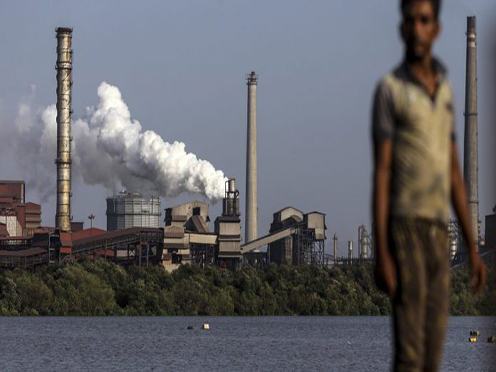 Italy’s Piombino-based longs producer JSW Steel Italia confirmed new investmentsin rail and bar  mills.In his speech to the Italian media sources, Mohan Babu, COO of JSW Steel Italy, said that he was expecting to receive all approvals and clearances for the Head Rail Hardening project within the next three months and to start it within the next 24 months. The 30 EUR million investment will allow Aferpi to produce hardened steel rails for heavy duty applications, Metal Expert reported earlier. At the same time, the output of the rail mill will remain    stable.Another project is related to the product diversification at the bar mill. “The market is asking for bars in coils of higher diameters like from 17 mm to 50 mm,” Babu said. “We are trying to put up bar in coils mill at our bar plant. The feasibility study is already  going  on.”The COO also mentioned that JSW Steel prefers to take small steps to re-enter the market with necessary homologation and certification of products after two years of absence. All three of Aferpi’s longs mills are now operating, with 400,000 tpy bar mill restarted in January 2019, 600,000 tpy wire rod in November 2018, 350,000 tpy rail mill in August 2018,  as Metal expert   reported.“After the acquisition we have started from the production of 10,000 tpm and we have managed to reach 40-50,000 tpm”,  Babu   said.The plant uses feedstock from JSW’s foreign operations, but it started feasibility studies for re-establishing the EAF-based steelmaking at the site within the next few years, Metal Expert reported.

In brief: Beowulf appeals to government over kallak mine

A UK-based mineral exploration and development company Beowulf Mining (Be- owulf) argued the decision of the County Administrative Board (CAB) not to grant exploitation license for the Kallak mine in Sweden. Kallak iron deposit is the main focus for the company, and it has been asking the Swedish government for sever- al years to grant the concession for exploration, Metal Expert reported. However, CAB for Norbotten has still advised against the issue of an exploitation license  for the project. According to CAB, it is not a reasonable use of natural resources,Metal Expert learnt. To secure the access to the mine, Beowulf’s CEO Kurt Budge has addressed enterprise and innovation minister Ibrahim Baylan. In his letter he pointed, that “the endgame is not about building a mine, it is about delivering an integrated plan for Jokkmokk’s economic future, with Kallak as the foundation.”Beowulf has been in talks with the government over the exploitation concession since 2014. According to the latest resource statement made in 2014, Kallak has a total indicated resource of 118.5 million t at 27.5% iron. during the test mining in 2015, Beowulf produced high-grade magnetite concentrate with Fe content of more than 71%, .