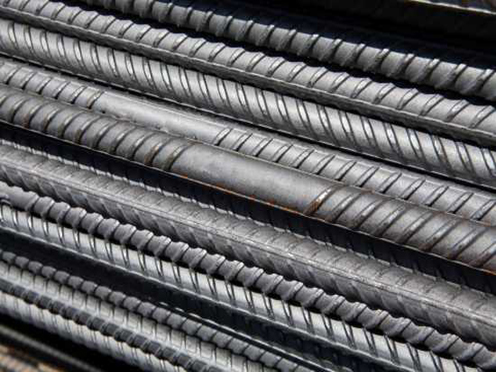 Foreign longs suppliers decreased offers for the Lebanese market, following an ongoing bearish trend in the scrap and billet tags. Some deals were concluded for Ukrainian rebar.Ukraine, a leading supplier of steel products to Lebanon, provided local importers with offers attractive enough to conclude deals. Some trading companies booked small rebar tonnages at around $420/t CFR this week, with a full combined batch due in October. As a comparison, a workable level for Ukrainian product was $415/t FOB or around $430-435/t CFR some weeks ago, according to market information.Turkish suppliers, which are under pressure of severe conditions in the steel business, also lowered their offers to Lebanon. This week rebar for October shipments was available to Lebanon at $420-425/t CFR versus $460-465/t CFR for September a month ago. Although levels were also quoted some $5/t lower, negotiations continue. On the one hand, Lebanese importers took a wait-and-see approach in order to book steel at the lowest possible price. “I’ll wait more to make a decision; next week we’ll see where the market is going,” one of the Lebanese traders told Metal Expert. On the other hand, “some might have purchased small quantities at the current price, but they don’t say it openly,” another trader noted.Offers of some other origins were also mentioned by sources, although as late as last week. In particular, Qatari rebar was on offer at $425/t FOB, while a newcomer Libyan steel asked some $430/t FOB, although no deals were confirmed.Wire rod offers from Turkey were reported at $450/t CFR at the end of this week, while wire rod from the CIS was heard at up to $440/t FOB, which corresponds to the range of $455-460/t CFR.The end-user demand for longs remains limited with difficulties in the Lebanese economy. “The market is not hot about purchasing steel with local bad market situation alongside with international markets, which are also not good,” a trading source told. Moreover, the arrival of Iranian steel continues to weigh on local suppliers, who prefer to deal with more traditional origins. “For Lebanon one of the most disturbing matters is Iranian steel, even though its tonnages are smaller now. This affects our margins besides dropping prices,” another seller explained.Steel products from non-Arab and non-European countries are subject to a 5% import duty in Lebanon. Also, as of August 1, Lebanon established an additional 3% temporary tax on imported products that are subject to VAT.

The downward trend in the global wire rod market along with competitive import and stiffening competition resulted in a price revision from the UAE’s Emirates Steel Industries (ESI). Overall, demand for long products remains limited in the country.ESI decreased its domestic wire rod offers to $495/t (AED 1,818/t) EXW, down$35/t (AED 92/t) compared to end-August level, Metal Expert learn. The general slowdown in business activity reflected on the producer’s price policy. “The main reason is demand. Mills have to adjust prices to stimulate sales,” a market participant explained. Besides, market players indicate the rise of activity from foreign suppliers. “China is aggressive, but the average price level is still a little bit high,” a trader mentioned. China’s mills lowered offers to the UAE by $45-50/t over themonth. Wire rod is currently available at $500-505/t CFR October shipment. Offers from traders are coming far below the mentioned    level.Competition in the segment is stiffer now that the new domestic producer started commercial operation. As it was expected, Fujairah-based United Steel Industries FZC (USI) entered the market with offers. “We lifted off with a moderate volume of around 1,000 t. Seeing the requirements, we could produce as much as needed to cover the demand,” the company representative told Metal Expert. The supplier set initial offers at $560/t (AED 2,057/t) EXW. However, taking into account the latest developments in the market, the new price level will be announced next week. “Following ESI’s revision, we will adjust our offers as well,” he    added.