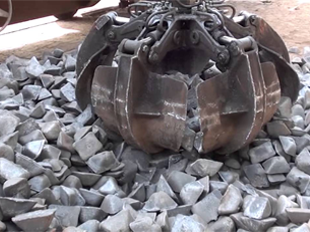 CIS suppliers are increasing pig iron prices to Europe in early December even despite low interest from local buyers. Pig iron producers are seeking increases amid bullish sentiments in the international market.

low-manganese pig iron from Russia is offered to Western Europe at $340/t FOB Baltic Sea (about $360-370/t CFR for 5,000-10,000 t to the port of Rotterdam), January shipment, up by $10/t from the level of two weeks ago. However, no deals were heard at the mentioned level. low-manganese pig iron from traders is also available at the equivalent of $340/t FOB compared to $325/t FOB a week ago.

High-manganese pig iron from Ukraine is offered to Italy at $330-335/t CFR, January shipment, up by $5-10/t over a two-week period. An Italian buyer is reportedly negotiating with a Ukrainian supplier the future deal at the mentioned level. “We will have to buy because we need to cover our needs,” the buyer told Metal expert.

Demand for pig iron in Italy is still weak, and higher prices are accepted only because of the uptrend in the international market. “Italians don’t really want to buy pig iron, but there is good activity in the USA and Asia, so we just follow the trend,”  another  source said. Pig iron suppliers are expected to continue to increase pig iron prices to Europe in the near future.