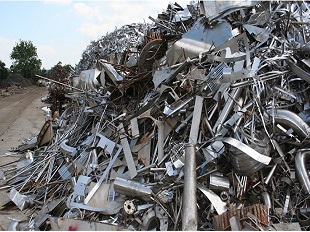 Scrap import prices have increased in Vietnam during the month, but most of the buyers are not in a hurry to sign new deals considering more attractive prices for steel billet. The uptrend is believed to remain in the market in the short term.Deals for Japanese H2 scrap were concluded at $265/t CFR early this week, indicating $15/t increase over three weeks. The prices have continued to move up after contracts were signed. The latest offers for same grade have been heard at $265‑270/t CFR.HS scrap was offered by Japanese suppliers at $292/t CFR against $288/t CFR contract quotes previously. According to market insiders, a small batch of around 4,000‑5,000 t was reportedly sold at this level.US scrap HMS 1&2 (80:20) was offered at $275‑280/t CFR, up 15‑20/t over three weeks.Hong Kong exporters were offering HMS1&2 (50:50) material at $260/t CFR with bids at $250‑252/t CFR. No deals have been heard on this destination.Despite growing demand, Vietnamese producers, EAF based ones in particular, prefer to book steel billet owing to “still acceptable price”. This week, Vietnamese billet producers increased billet price to around $387/EXW. “It is more profitable to buy billet than produce it from scrap even though the quotes for billet are growing,” a local producer told. 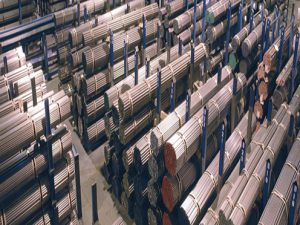 Chinese HDG exporters have fixed their offers this week, since local prices have been firm for several weeks on satisfactory demand from domestic customers. The confrontation between suppliers and overseas customers continued though, causing a lasting trading lull on export markets.China’s major exporters offered 1 mm Z120 coating HDG at $520‑530/t FOB for December shipment this week, which corresponded to the last week level. The sellers were reluctant to lower offers again after dropping them by $25/t in the second half of October, especially given local price stabilization. “Domestic sales are   more profitable now. There is no interest to sell discounted products on export destinations,” a Chinese trader told.At the same time, most foreign buyers were still refraining from booking Chinese HDG, considering their prices to be too high. “Demand in South America remains bad, customers have not accepted China’s prices,” another source commented, adding that the bids are still about $15/t below the offer range.Sporadic sales to Southeast Asia continued. Contracts were signed at about $520/t  FOB, while few traders agreed to lower prices to $515/t FOB, insiders say.Chinese exporters intend to keep prices flat in the near future on firm local demand and relatively stable HR and CR feedstock tags.

Iron ore price stabilized on Friday amid stronger futures, while seaborne demand showed no signs of improvement, and forecasts remained bearish.Australian iron ore fines 62% Fe stayed at $84.5/t CFR after Thursday’s decline. The raw material futures rebounded on Friday by RMB 5/t ($0.7/t) amid warmer trade relations between China and the US. Both countries are now choosing the venue for signing the “Phase one of Trade Agreement”, which is “about 60% of total deal”, president Trump said.However, as a day before, no contracts were signed on trading platforms, since steelmakers were shunning purchases due to the wave of production cuts, particularly in Tangshan, China’s main steelmaking city.  Besides,as it was reported, Rio Tinto will increase its sales guid‑ ance by up to 5% for 2020 compared to 2019.Given the above and expectations for seasonal softening of steel demand in China, insiders and analysts remain pessimistic about the iron ore market for the rest of the year. “Prices are very unlikely to sustain at the current level till the end of this month,” a market source told Metal Expert. “Iron ore is getting hit from both sides – softening demand and improving supplies from Australia and Brazil in the second half of 2019,” Reuters cited analysts at ANZ Research.