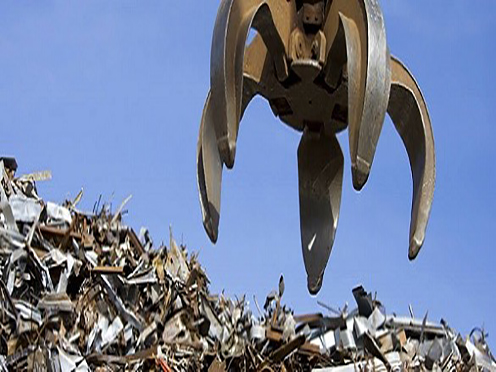 Turkish mills decided to prolong the bearish campaign in the local scrap market, being under pressure of weak demand and pricing on the final steel products     domestically and abroad. In addition, latest developments in the scrap import segment are also playing against steelmakers.Just a few days after some mills announced a decrease in their scrap purchase prices on September 3, the downward trend gained momentum in Turkey. While the lion shares of mills have unveiled a single revision of their levels, Marmara-based Kroman and Asil Celik, as well as Iskenderun-based Bastug Metallurgy have already made progress with two rounds, Metal Expert has learnt. As a result, the quotes have lost TRY 30-95/t ($5-17/t at the current exchange rate) depending on the producer and material grade.Apart from weakening in the finished steel products segment, first of all, rebar, which tumbled locally by $10/t on average over the last three days, the segment is facing pressure from cheaper import flow. Just since the end of August, the price assessment for HMS 1&2 (80:20) grade from the US East Coast has lost about $17/t, coming to $250-255/t CFR Turkey, according to Metal Expert data. “This is rather a global situation, not something just local.The situation is going very bad these days,” a local source mentioned.The participants are not very positive on the current state of things, saying that the global circumstances leave a slim chance of trend reversal in a short term. “Even taking into account that the local buyers fulfil their needs with the material, the steel producers have challenges in selling abroad. This is the major problem I think,” another insider added. 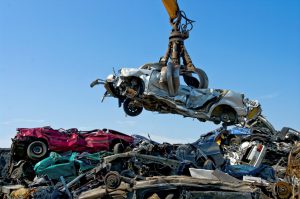 The trading week in the Turkish scrap segment is ending on a pessimistic note.  After a significant drop of tags in latest deals, both buyers and sellers expect further downturn. The negative trend in the finished steel and semis segments is making the picture even darker.Endless price decrease in each new scrap contract is forcing market players to be cautious as no one wants to overpay, putting the business activity in a slower mode. In such conditions, Metal Expert left daily price assessment for HMS 1&2 (80:20) from the US East Coast stable at $250-255/t CFR Turkey.At the same time, further prospects of the price trend leave much to be desired. The market insiders are waiting for the scrap tags to get weaker further due to the unfavorable situation in the global and Turkish markets. “We have more room to go and may see $235-240/t CFR levels, and only after that some rebound. The Chinese market is not going well also,” a local source said.

Korean steel scrap segment stays slow at the end of the third week of Septem- ber.  Having stockpiled previously, importers are trying    toachieve additional discounts, referring to generally weak market sentiments.One of the Korean steelmakers made a bid for a batch of Japanese scrap; the price for HMS 2 grade is said to be at JPY 25,000/t ($231.8/t) FOB, which corresponds to about $255/t CFR South Korea, Metal Expert has   learnt.However, the deal signing has not been reported by the time of the publication. HMS 2 material is nominallypriced at JPY 25,000-25,500/t ($231.8-236.4/t) FOB now  adays, or at about $255-259/t CFR South Korea, down JPY 500/t ($4.6/t) week-on-week.On the other hand, the Korean steelmaker is most likely to succeed in the negotiations due to the ongoing downward trend on the Japanese local market. Specifically, Tokyo Steel has announced a new round of purchase price decrease by JPY 500/t ($4.6/t) at four of its assets starting September 21. HMS 2 quotes were settled within JPY 20,500-23,500/t ($190.1-217.9/t), losing JPY 1,500-4,000/t($13.9-37.1/t) depending on the asset since early August, when the downward campaign was started.US HMS 1 quotes hold the ground at $275/t CFR, which is in line with the most recent transaction, in which the Korean major steelmaker booked a 45,000 t mixed grades batch, Metal Expert reported.Suppliers from the Far Eastern ports of Russia remain quiet with no new negotiations heard with Korean mills. The latest transaction for A3 material was concluded in late August at $293/t CFR South Korea. Taking into account the decline of contract prices for US and Japanese scrap, the level of quotes for A3 grade has slumped to $270-275/t CFR, nominally though.