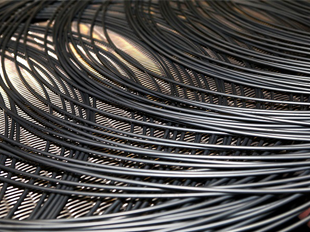 CIS long steel suppliers were able to fix higher wire rod prices in deals on the back of the upturn in raw materials and billet. However, the deals are sporadic despite large booked quantities, as demand remains moderate or even weak in a number of regions. The situation in the rebar segment is even less optimistic, which is why the sellers have made minimal increases in their offers and are ready to make dis- counts in deals.

long steel suppliers were supported by demand from Asia and buyers in Israel, who needed to refill their stocks. Buying is slow in Europe, among others due to the exhaustion of rebar quotas. Customers in West Africa are also uninterested in additional bookings.

CIS wire rod offers have increased to $445-455/t FOB Black Sea, depending on the size, for January shipment versus $435-440/t FOB three weeks ago. The increase was backed by a strengthening in the Turkish scrap import segment and the global billet market. The sellers were able to fix the new level in deals: in particular, 30,000 t of Russian wire rod was sold to Israel at $445/t   FOB.

It has also been heard that wire rod offers were made by mills from the unrecognized republics in the east of Ukraine at $425-430/t FOB Azov Sea, with some volumes sold to Africa. However, such products are not in high demand due to possible risks. “We prefer not to make bookings like that, because there may be problems with packing and batching,”.

Wire rod is offered by BMZ at $440/t Black Sea on the condition of 100% prepayment and earliest shipment possible in March.

Buyer price ideas in West Africa are some $510/t CFR ($450/t FOB for a medium batch). CIS wire rod suppliers are uninterested to make deals at this price due to much costlier delivery, given that inquiries are only coming for some minor quantities.

Rebar from the CIS is available at $410/t FOB Black Sea versus $405-410/t FOB three weeks ago, but the sellers are ready to make discounts in deals. last week, 50,000 t of Ukrainian rebar was booked by a buyer in Singapore at $425/t CFR TW, which roughly translates to $390/t FOB. BMZ last week was offering re-

Demand for rebar in Europe is low, since quotas for Ukrainian and Russian products have been fulfilled by respectively 84% and 87%. A few deals for minor quantities from Abinsk electric Steel Works were made last week at EUR 395/t FCA to Poland and Germany. European buyers are more interested in wire rod, as its quotas are still less than 50% fulfilled. A small batch from MMK was sold at EUR 345/t ($380/t) FCA. Negotiations are underway with Italian buyers, but no deals have been reported yet.